Event at a glance: 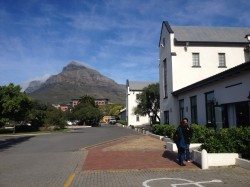 Venue: The River Club
The venue was very scenic and picturesque, and provided an attractive venue with some pretty awesome amenities, such as a driving range (for letting off steam) and a pub-style restaurant on site, which also served as the venue for the after party. The venue was clean and comfortable, the catering was good and aside from some WiFi issues I’ll go into below, the location was just about perfect!

Description:
WordCamp is a conference centered around WordPress, the most popular content management system. WordCamp takes place in many cities across the world, but are a fairly rare occurrence in Africa. Of the 8 that the continent has hosted, 5 have been in the city I call home, Cape Town.

Some Pros and Cons: 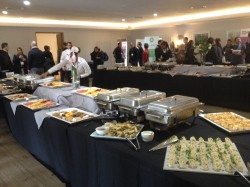 Pros:
The event was fantastic for networking with speakers, meal arrangements, and a “chill area” all encouraging people to be interactive and get to know one another. The catering was excellent and the emcees were engaging and funny. Importantly, the speakers were knowledgeable and clearly passionate about their fields.

The event was well sponsored and attended, there was a great selection of swag, and I feel that from a connection building and networking perspective, they couldn’t really have done any better to foster the right atmosphere. There was also a very refreshing focus on using WordPress (and the internet in general) to help those around us.

South Africa is a country that has a very contrasting range of income levels, from the super wealthy to the absolutely impoverished, and several speakers touched on ways to give back to the community around us, and to the development of WordPress itself, and the community that has sprung up around it.

Spotty WiFi (so bad that I went out and purchased a mobile hotspot device after day 1) – pretty terrible at a tech/web related conference. Judging by the number of mobile hotspot networks that appeared in my network list, I was not the only one who experienced this issue. The coordinators made an announcement pretty early on that some folks had been torrenting, and had consequently been IP banned, but the problem persisted throughout the rest of the conference.

There also seemed to be a bit of a gap between the two tracks that were offered during the workshops on day one. As an online marketer with intermediate (but not Jedi-like) WordPress skills, I felt as though the User course was a little too basic, as it served a absolutely ground-level audience.

The Q&A sessions often wandered into territory that I found a lot more relevant, but most of the talks themselves seemed very introductory. I assume, based on the topics, that the Dev track would’ve been beyond me, as there were things even in the title that I am unfamiliar with. In the post-conference survey I recommended an intermediate level course, and I think that really would’ve helped cater to people in my position. 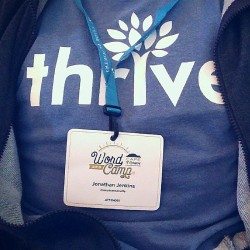 As a summary, I would strongly recommend attendance to anyone who currently does, or has interest in making a living off of WordPress. I left the event feeling better connected with those around me, and also more aware of the things that are currently happening in WordPress’ development. The Cons I mention above were slight hurdles on the way to thoroughly enjoying a really well organized event.

I was also left with a reinforced confidence that WordPress is the greatest CMS or website platform currently available. It’s open-source nature, and the millions of people who are passionately invested in it (even if only to improve their own websites!) make it the best by a landslide, and that has never been clearer to me.

If you’re looking to build a website, WordPress is the way to go. If you’re looking for someone to make your WordPress website amazing, Thrive is among the best out there! Contact us today for a no-obligations quote on a new website, online marketing services or much more!

Guest Author: Jonathan Jenkins is an SEO professional and content writer in Cape Town, South Africa. He enjoys staying on top of the ever-shifting industry he works in, playing soccer, and evenings spent by the grill. 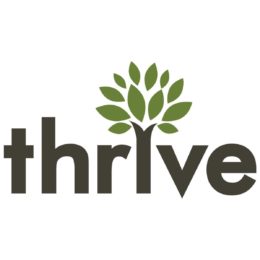 This is a guest blog post. Thank you to our guest for writing something great! For information on becoming a guest author for Thrive, visit thriveagency.com/thrive-guest-blogging-guidelines/.