Family and pets: My household is made up of my partner Kurt and my 10-year-old Anna and my cat Lu-Puff. 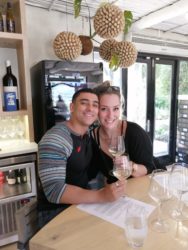 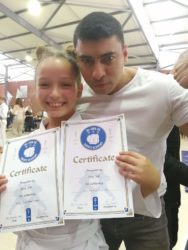 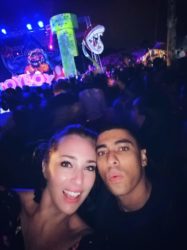 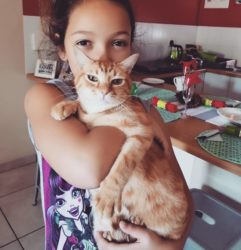 How did you get started with Content Writing and Editing?
I launched a new magazine for a publishing house when I was the sales manager but I ended up as acting editor, so I entered into a mentorship during which I became a features writer and then an editor of my own magazine.


What do you love about working for Thrive so far?
Everyone is so friendly and helpful. I have never worked for a company that is so staff-oriented and concerned with employee well-being. I feel incredibly supported.


When you’re not at work, how do you spend your time?
I try to train at the gym four times a week (at least) so you can often find me there. All three of us are movie fanatics so we often head off to watch the latest releases on the big screen; and Kurt and I enjoy EDM and Techno music festivals.

If you could turn anything into an Olympic sport, what would you have a good chance of winning a gold medal for?
80s dance moves (I was born in the wrong decade).

What would be your karaoke go-to song and what setting would we likely find you singing it in?
Taylor Swift ‘Blank Space’ and I would be belting it in the car doing school run.


If you could be any character from any book or movie, who would you be?
Miranda Priestly – Meryl Streep’s character in ‘The Devil Wears Prada’.

Where did you grow up and what is special about that place?
I grew up in Edgemead in Cape Town and the majority of people who grow up there never leave. There are multiple generations of family in that suburb.


If you were in a room with three billionaires, what would you ask them and why?
What’s the key to maintaining your financial success? Because it’s one thing to become a billionaire and another to remain a billionaire.
How do you think money has changed you? Because I would like to believe if I became filthy rich the only impact it would have on my personality would be a positive one.
What do you regret spending tons of money on? Because in stupid mistakes lie enormous lessons (mostly).

If you could invite three people to dinner (dead or alive), who would be at the table and why?
Stephen King – because he is as strange as his characters and one of the greatest writers of all time.
Chris D’Elia – because in my opinion he is one of the funniest stand-up comics and to be truly funny you need to be a little dark and really intelligent. I am interested to know who he is when he’s not telling a joke.
Betty White – because I grew up watching her on Golden Girls, because I respect her career and she’s 98 years old, looks amazing and is still working! I want to learn everything from her. 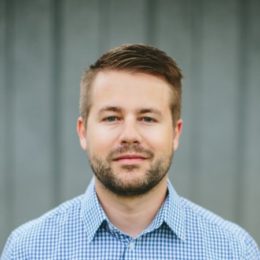