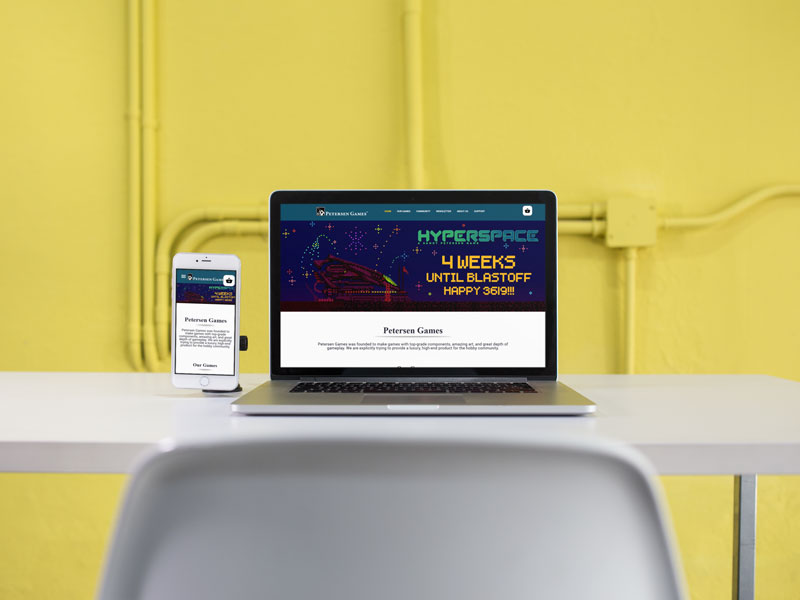 Petersen Games wanted to build their following and awareness on social media, repair a somewhat damaged reputation, and enhance their crowdfunding campaigns for new game launches.

Growing a Social Community in a Niche Market

A social media specialist with Thrive Internet Marketing Agency helped the advisory firm create five industry-specific posts (per week) on each of the following channels: Instagram, Twitter and Facebook. These posts were a combination of both branded and 3rd party content, following a varied, planned content calendar.

Along with this regular organic posting, Thrive developed and managed an assortment of social media advertising campaigns, while A/B Testing different variations.

In addition to these posts and campaigns, Thrive also systematically reviewed all comments and interaction on the company’s social profiles, responding to all questions and continuing conversation initiated by followers.

Brand Awareness Campaigns: These strategically-targeted ads and boosted posts generating significant video views and impressions, and also produced a huge boost in off-site traffic to the either the company’s website or their crowdfunding campaign page, as well as

4 months of activity with a total advertising spend of $4,425.00 produced:

Kickstarter Campaign: These campaigns were strategically planned to spread awareness to both current followers as well as new faces during the momentum-building period (time period and advertising budget varied for each individual campaign). These people were then moved down the funnel and retargeted closer to and during the campaign to collect pledges.

The most recent kickstarter campaign produced nearly a 10x Return On Ad Spend; with just a $400 budget spend, it generated $3,531.00 of funds in the first 10 days of the campaign alone (campaign is still active).

If you’re a gaming company hoping to 1) build a community for your clients, 2) target those who might be interested in using buying your products or backing your crowdfunding campaigns, and 3) share the story of your mission online, then social media marketing may very well be a great solution for your business!

Thrive’s social media specialists can help you acquire new clients and better engage your target groups about your financial solutions. Contact us for more information today!

social-media
case-studies
Back To Case Studies