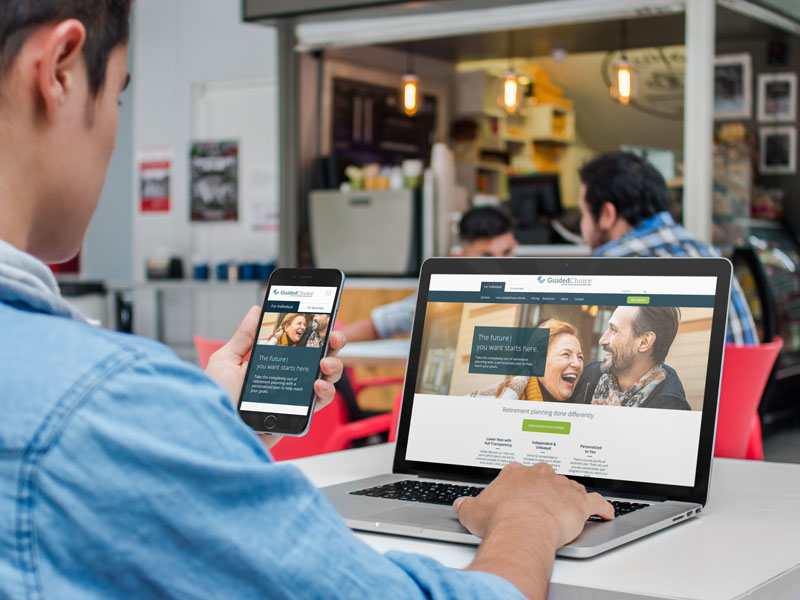 The advisory firm wanted to build a community for its clients, target those who’d be most interested in using their products and services, and tell the story of the brand. They wanted an online solution to acquire new clients at a higher rate than before, by better engaging target groups about their solutions.

Growing a social community in a highly-regulated, niche market

A social media specialist at Thrive Internet Marketing Agency helped the advisory firm create five industry-specific posts (per week) on each of the following channels: Instagram, Twitter, LinkedIn and Facebook. These posts were a combination of both branded and 3rd party content, following a varied, planned content calendar.

Along with this regular organic posting, Thrive developed and managed an assortment of social media advertising campaigns, while A/B Testing different variations.

In addition to these posts and campaigns, Thrive also systematically reviewed all comments and interaction on the company’s social profiles, responding to all questions and continuing all conversation initiated by followers.

By providing varied value and utilizing popular industry hashtags on Instagram, the advisory firm saw a total growth of 1,663 new followers over the course of 10 months — averaging a 30% MoM increase. The company content also received an avg. 35 organic engagements/post on Instagram.

Boosted posts, or “mini” ads: By targeting these boosts similarly to the other advertisements — and choosing an audience most likely to engage — we were able to greatly increase post reach and engagement. Here just a few of our top-performing boosts:

If you’re a financial company hoping to 1) build a community for your clients, 2) target those who might be interested in using your products and services, and 3) share the story of your mission online, then social media marketing may very well be the solution.Thrive’s social media specialists can help you acquire new clients and better engage your target groups about your financial solutions. Contact us for more information today!

case-studies
social-media
Back To Case Studies