With more than 610 million users, LinkedIn’s  business niche makes its social media engagement the most profitable for businesses. Companies that know how to use LinkedIn to its full potential are companies that get results.

However, LinkedIn is still severely underutilized among companies compared to other channels like Facebook and Twitter, leaving plenty of room for newcomers to build solid foundations without being overshadowed. In this post, you’ll find stats and facts that may motivate your company to use this channel more often for your B2B and B2C marketing efforts.

In a massive survey of 50 brands across the world, one research group found that LinkedIn is a major player in terms of user engagement on social media. While the engagement rate of 0.054 percent may be lower than Facebook’s rate of 0.073%, LinkedIn still outperforms Twitter’s 0.03 percent rate. These numbers are significant because LinkedIn represents a more targeted user base than Facebook’s and Twitter’s more varied users.

Even though LinkedIn’s engagement rate is lower than Facebook’s and Twitter’s rates, companies on LinkedIn still have ways of engaging followers. A study concluded that updates including links got up to 45 percent higher follower engagement than the posted updates without any links.

An intriguing study conducted by HubSpot took a look at the lead conversion rates of some of the most popular social networking platforms in the world, including LinkedIn, Facebook, and Twitter. The results of the study of over 5,000 businesses, HubSpot found that traffic from LinkedIn generated the highest visitor-to-lead conversion rate at 2.74%, almost 3 times higher (277%) than both Twitter (.69%) and Facebook (.77%).

Lists tend to be easy to read and digest, making them attractive to users. One LinkedIn study concluded that updates that used the word “top” followed by numbers such as 3, 5, 10, 25, 30, 50, or 100 were amplified by almost 40 percent more than updates that did not include numbered lists.

Another said that posts that use 5, 7 or 9 in the headings perform the best based on a longstanding belief that content consumers subconsciously prefer odd numbers.

4. LinkedIn makes up more than 50% of all social traffic to B2B websites & blogs

On top of being the leader in driving qualified leads to your site, more than half of your blog and website traffic could be coming from LinkedIn! Facebook and Twitter might have more active users each month, but LinkedIn is the clear winner when it comes to B2B content sharing and engagement.

This is low compared to Facebook’s 88% mobile engagement rate, but perhaps professionals are accessing LinkedIn during office hours when they’re at their desk vs. on the go?

In 2014, LinkedIn reported that company page usage did increase to 57 percent from 24 percent, but that’s still not a significant percentage. Google tends to show LinkedIn pages among the top results when someone performs a search, offering a big boost to companies with LinkedIn pages. Best of all, less search engine optimization is needed to get to the top of the search results.

Users also love sharing opinions and information, a fact that a company can use to its advantage. A study concluded that updates containing questions received an average of nearly 50 percent more comments from engaged users.

While we like to think LinkedIn is all business, remember that you’re still talking to humans. With over 61 million senior level influencers and 40 million users in decision-making positions, we can’t forget the emotional decision-making factors in addition to the rational.

According to Alexa.com, users spend an average of 6:23 on LinkedIn each day, viewing an average of 4.55 pages per visit. This tells us professionals are spending more time on LinkedIn and are very engaged during their session.

8. Posts with images get 200% more engagement than those without

Like asking questions, posting images is another way to drive up engagement rate. Visual media immediately draws users eyes to them. A study found that posting images resulted in a whopping 98 percent higher comment rate. 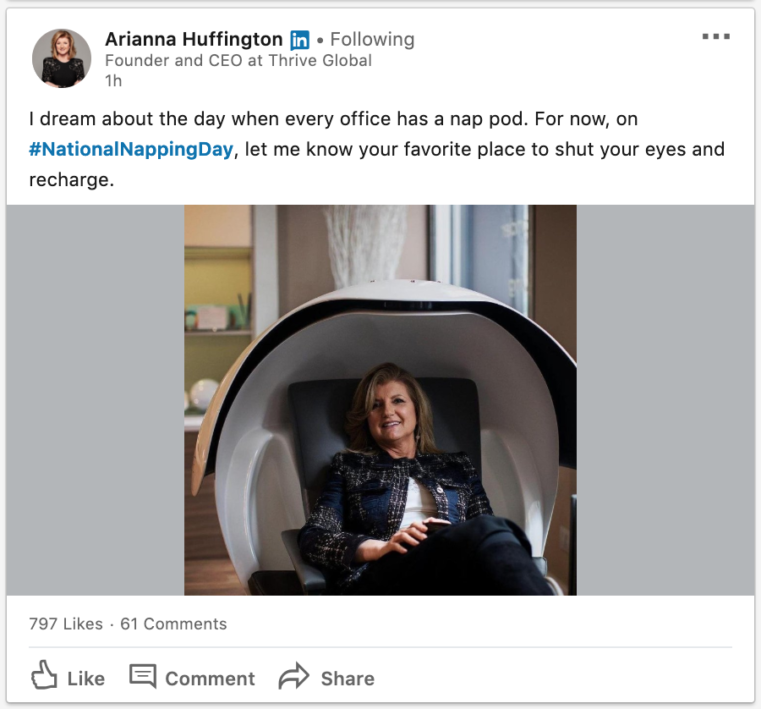 LinkedIn earns more than two new members per second, and its fastest-growing demographic is by far recent college graduates and other students. More than 46 million of LinkedIn’s users are in college or recently graduated. This demographic loves eye-catching visual media and companies with a relevant edge.

10. Boost your SEO with LinkedIn Articles

LinkedIn allows anyone to publish their own articles and there are benefits to including this in your social media strategy, both for influencer points and SEO. If you’re publishing content on your business blog on a regular basis, why not also share it as an article on LinkedIn? In order to not get tagged with duplicate content, you can re-write it or add a link to the original article (your blog). Think hard about your audience on this channel as some of your blog posts might not make sense.

Something that may help you decide where to put your blog posts: Facebook is for FUN and LinkedIn is for LEARNING.

With 80 million users, SlideShare is another great feature for companies. If you have presentations, PDFs, infographics, etc. that would resonate with your audience, it’s simple to create a SlideShare account and upload your files.

LinkedIn is the go-to social media website for companies for good reason. With a vast user base of 610 million users across over 200 countries and territories, a professional vibe, and a flourishing community, LinkedIn could be just what your company needs to thrive. With these facts at your disposal, you’ll have the perfect mindset to use LinkedIn to its full potential. 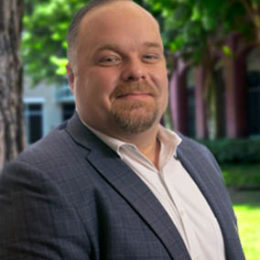 Brandon is the Demand Generation Content Manager at Thrive, where he's been since February 2019. He oversees a content staff of eight. He spent 18 years as a senior writer for The Dallas Morning News, the last eight covering the Dallas Cowboys. He spends most of his free time with his wife and two children, often telling dad jokes or trying to find more time to fish.